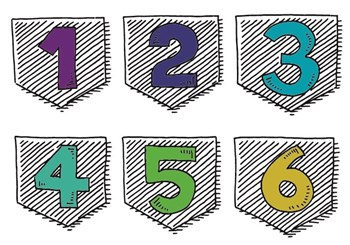 Whether you serve on the board of a community or homeowners’ association or that of a condo building, chances are that you and your fellow members are volunteers. Perhaps you’re fortunate enough to have a board member on your team with professional legal expertise. But even if that’s the case, sooner or later you’ll need to consult with outside counsel on some issue–whether it’s the sale of a unit, an acrimonious situation between neighbors, or between a resident and the board itself. When that day comes, it pays to keep a few things in mind before picking up the phone (and starting the billable hours clock) to call your building’s attorney.

We polled community association lawyers across the country to find out the top half-dozen things they wish boards knew...before lawyering up.

Any board worth its salt is concerned about controlling costs and working within a budget; board members know it’s not fiscally responsible to get a lawyer (or an accountant, architect, engineer) involved in every little issue that crops up. That being said, the converse – not ever calling in the pros – can be just as problematic, and costly.

“We see boards making a lot of contractual missteps with vendors,” notes Matthew McAlonis, an associate with The Clarkson Law Group, which has offices in Las Vegas, Reno, and San Francisco. “Oftentimes, an association will have a provision in its bylaws that dictates the lengths of contracts it may sign; it may prohibit the board from engaging in a term over one year, for example. Despite this, we’ll see board members inadvertently execute a contract for three or four years. Or we’ll see an instance wherein a board is unhappy with a vendor, so they unilaterally terminate a contract, rather than reaching out to an attorney just to get an idea as to how they should properly end the relationship. A breach of contract can lead to litigation if you enter into these things haphazardly.”

“Every association should have an attorney upon which it can rely for advice,” adds Mark Roth, a partner at the Chicago law firm of Roth Fioretti, LLC. “A good attorney well-versed in association law will generally save an association much more than the cost of that lawyer’s advice. Boards should consult their association attorney before a contemplated action is taken— not after.”

“There’s no such thing as a bad or dumb question when it comes to what the [association’s] declaration provides or what the rules provide,” says James Stevens, a principal at Chuhak & Tecson, P.C., a law firm in Chicago. “I’ll often see perfectly well-intentioned boards go down the wrong path...and unfortunately, we might have to go back, and the board might have to redo a decision when a very simple question could have been asked.”

“Remember, you are not on an island—use your resources,” says Charles Perkins, Senior Partner at law firm Perkins & Anctil in Westford, Massachusetts. “Most associations have an accountant, manager, attorney, and an insurance agent. You don’t need to try to figure out of the blue what you need to do. You can use your resources to help you manage your association.”

Legal pros agree that maintaining ‘institutional memory’ – the cumulative administrative expertise that carries over from one group of leaders to their successors – is hugely helpful when it comes to community association governance. But boards can find themselves stuck in a rut if they insist on following previous members’ footsteps too closely.

Don’t get caught in the trap of picking up old members’ bad habits. If something is broken, fix it, says Chicago attorney Sima L. Kirsch. “Just because the previous board did it does not mean it is correct,” she explains. “When a transition occurs, the new board cannot escape its fiduciary duty by merely saying, ‘Well, that’s the way we’ve always done it.’ A transition review of the state of the association and its operational systems is an exercise in best practices.”

Kirsch also recommends keeping on top of governing documents and revising them before an issue arises, rather than trying to reverse-engineer in the wake of some contentious issue or administrative emergency. “Many associations’ operating documents are outdated and/or contain provisions unfriendly to current circumstances,” she says. “It’s difficult to get enough votes to amend them when no issue exists, and almost impossible when a community becomes divided over an issue.”

Any good marriage counselor would say that clear, consistent communication is essential to a successful relationship. According to legal pros, this sentiment applies just as readily to the board/resident relationship.

“Boards should be sure that they’re communicating with their constituency,” says Jeffrey Reich, a founding partner at the New York City-based law firm of Schwartz Sladkus Reich Greenberg Atlas LLP. “A lot of times, there are issues because shareholders and unit owners don’t know what’s going on; folks feel like they’re just not getting heard. By sharing as much information as possible, the board is more likely to gain the support and trust of the owners because they will better understand the due diligence that went into making a particular decision.”

That said, crucial as it is for boards to communicate with residents, it’s equally vital than they not overshare and wind up in unintended legal hot water. “In Nevada, the most common legal blunder we see may not be a blunder at all, but a choice,” says John Leach, an attorney with the firm of  Leach Kern Gruchow Anderson Song, which has offices in Las Vegas and Reno. “NAC 116.405 (4) prohibits the disclosure of confidential information regarding another officer, director or owner, but officers and directors frequently violate this provision. The remedy is simple to advise – just stop talking – but it’s harder to execute, apparently.”

Wendell Smith, Of Counsel with Greenbaum Rowe Smith & Davis, LLP, which has offices in New Jersey and New York, encourages transparency.  However, he adds that “there has to be a procedure; you just can’t come in and say, ‘I want to see all the documents in your files from the last 10 years.’” A board or community manager is entitled to ask what exactly the resident wishes to view, and why—but, says Smith, “They should be made available. That’s the change that’s evolved over the years. It used to be ‘Keep it secret, it’s none of their business,’ but it doesn’t work that way.”

In the end, says Mark S. Einhorn, a partner at the law firm of Marcus, Errico, Emmer & Brooks in Braintree, Massachusetts: “There really are few issues that boards should not discuss in an open forum. The more open a board is, the less likely owners will feel that the board is disconnected from the owners.”

Want to know what irks attorneys more than almost anything? When several people from one board call about the same thing—or when three different board members reach out on the same day to discuss three different issues. Choosing one person to be the point of contact between your community’s legal counsel and the rest of the board-management team can eliminate this inefficiency.

As long as that chosen person is diligent about getting input from the other board members, and sharing the attorney’s feedback with them, “I think a liaison can be very useful ” says Stevens. “It does save some attorney time, because there are not 45 different questions coming in from each board member. The communication has to be free-flowing both ways for it to really work well. You don’t want to have the attorney liaison be the only person on the board who knows what’s going on with legal concerns.”

Naming a point-person between board and attorney saves more than just time —it can save money, says Mark Rosen, Of Counsel with Boston’s Schofield Law Group, because “you’re not...multiplying the costs by having three or four conversations or three or four email exchanges. If it’s one person, then they have the responsibility to disseminate that information to the remainder of the board.” Rosen explains that designating a core contact person provides a much more structured flow of information to the boards and keeps their attorneys better in the loop without the need for repetition or additional expense.

The purpose of retaining legal representation is to avoid running afoul of the law in day-to-day business, but it’s also to provide a line of defense should litigation rear its ugly (and expensive!) head.

“I don’t think boards appreciate how long [litigation] can take and how expensive it can be,” says Reich. “And there are other ramifications that boards need to be aware of. When you are embroiled in litigation, prospective purchasers are going to review the minutes and see that, and they’re going to draw some conclusions – fair or not – about the type of community and board they’re dealing with based on the types of litigation the board is involved in.” That can hobble sales and lower values for everyone. “Many lenders have underwriting guidelines that will not allow them to make loans in connection to a unit in a building that is the subject to litigation,” Reich says.

There are several different arbitration and mediation options to pursue before settling on the decision to pursue a case, as well as preventative steps to take. Litigation should always be the last resort. For example, before finalizing a construction deal, put a note in the contract stating that both parties will engage in non-binding mediation in case of a dispute. “You’re much better off going to mediation because you could be into the six figures very quickly with any type of serious litigation,” Smith warns.

Litigation should always be last resort. There are several less antagonistic options for resolving disputes – including formal arbitration and/or mediation, which is even required by law in some states – as well as preventative steps that can help head off lawsuits before they even happen. Echoing the sentiments of nearly all his peers, New York attorney Adam Leitman Bailey puts it bluntly: “Litigation is too expensive and usually a waste of money. Most of the cases in my office could have been resolved if meetings were called with the unit owners or shareholders before the disagreements escalated.”

Boards are comprised of a diverse group of people, each with their own ideas on how things should be run, so of course, disagreements are expected to occur. However, experts warn against taking things personally and letting minor disagreements escalate into public confrontations.

“Remember,” says Bailey, “that peace at home and on the board will allow the board to conduct business in the best interest of the owners. No one ever really wins a fight. The fight you have in one meeting may cause hatred for many meetings to come. Better to hold back the insults and discuss things nicely before making an enemy.”