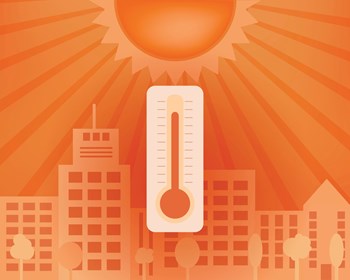 The reality of climate change is upon us. Weather patterns have changed, and seasons have been altered. We experience more intense heat, more frequent, destructive storms, wide-ranging wildfires, and more destructive cold. Tornadoes—the spawn of conflicting hot and cold air masses—touch down in places they were once almost unheard of. What was scientific prognostication only a few years ago has become reality. It’s also a reality that most of the structures that house our homes—particularly high-rise multifamily buildings—were not designed for these types of changing climate events. While that’s a chilling thought, today’s communities have no choice but to deal with that reality, as well as plan for what may be ahead.

For communities built along the nation’s coasts, two of the most pressing and dramatic ramifications of climate change today are the rise in sea level and the increasing intensity and frequency of severe storms. More concerningly, these two events often overlap, causing even greater peril—and now such threats extend even to inland and landlocked communities. In the western half of the country, severe droughts and out-of-control wildfires compound to cause destruction not just of individual communities, but of entire towns, regions, and natural habitats.

Steve Kohlmann is a biologist and forester with a Ph.D. in wildlife management.  He has extensive experience as an environmental consultant throughout the western United States. In Nevada, he says, the invasion of foreign grasses into sagebrush communities has altered the ecosystem in a way that significantly increases the risk of wildfires. “These invasive grasses have changed the fire regime from every 60 years to every three to five years,” continues Kohlmann. “Losing our natural sagebrush has dropped a whole component out of the ecosystem. These new grasses look green in January, but have no value for cattle. It’s changed the whole ecosystem.”

Kohlmann explains that these ecosystem changes are affecting when and how fires burn. According to him, a lot of new single and multifamily communities in the West are built at the edges of existing residential areas—which themselves abut native shrublands. Developers often make decisions about landscaping based more on attracting the eye of potential buyers than on what’s appropriate for the native ecosystem, planting grass and trees that are more vulnerable to drought and fire than hardier native species. Consequently, not only are many newly built communities positioned right at the fire front, the imported grasses and trees surrounding them feed the fires that are happening more frequently. “Lack of management causes tremendous fire risk,” says Kohlmann. “These invasive grasses, the drought, and the lack of grazing land for livestock in many areas all allow more fuel to build up around the edges of these developments. Whole communities are burning in places where no one ever thought about it before.”

On top of poor environmental management, “Forests have become too dense,” Kohlmann continues. “Native forests had about 30 trees per acre—now we have 150 trees per acre,” which provides still more fuel for fires. “If you move up into the higher country where you have juniper and conifer trees, untended needle kill from conifers increases fire as well.”

On a more global, macro level, “Hotter is hotter, and colder is colder,” says Howard Zimmerman, owner and founder of New York-based consultancy Howard Zimmerman Architects & Engineers. He explains that these new extremes in temperature add stress to our building systems, reducing their useful life and requiring more maintenance and earlier replacement.

Peter Varsalona, vice president and principal of New York-based RAND Engineering, brings up yet another concern: with worsening extremes of hot and cold, existing HVAC systems require more energy to maintain comfortable (or just livable) interior temperatures. This increased energy usage in turn exacerbates the original problem of human-made carbon emissions. So not only does climate change cause more extreme conditions, but the extreme conditions it causes require still more energy to mediate, which in turn worsens the problem...you see where this is going.

The reality is that the situation is likely to get worse before it gets better. Years of inaction and over-politicization of the issue have given human industry the upper hand when it comes to impact on the planet. The United Nations Intergovernmental Panel on Climate Change (IPCC) released its most recent report on the issue on August 9, 2021. Among its sobering findings was that averaged over the next 20 years, global temperature is expected to reach or exceed 1.5°C of warming—a rubicon of sorts that climate scientists say will result in increasing heat waves, longer warm seasons, and shorter cold seasons. According to the press release accompanying the report’s publication, “Unless there are immediate, rapid, and large-scale reductions in greenhouse gas emissions, limiting warming to close to 1.5°C or even 2°C will be beyond reach”—and once that line is crossed, many of the more dire consequences of a quickly heating planet will be unavoidable.

According to the accumulating data, changing climate is already generating disastrous weather around the world. Glaciers are melting faster, dumping huge amounts of water into the oceans and impacting weather patterns; hurricanes are getting more frequent and more ferocious; unprecedented, torrential rains have unleashed historic floods in China and Europe—and even closer to home as was seen recently when the New York tri-state area experienced a flash flood that caused dozens of deaths. Heatwaves and wildfires are scorching Siberia and the Arctic, and laying waste to swathes of the Western U.S.

Zimmerman observes that an intrinsic problem in dealing with the impending effects of climate change in our communities is the very structure by which our communities govern themselves. “The problem is that with most condo and co-op communities, the boards are composed of volunteers, and in some cases, those serving on boards have term limits. Planning of this kind is looking down the road 10 to 15 years—and no board wants to assess neighbors today for monies the building or HOA will need 15 years from now. The process is too short-sighted right now.”

All of this begs the question of what can we realistically do to counter the troubling trends that are clearly coming. In the context of multifamily co-ops, condos, and HOAs, most of the answers fall into three broad categories: emergency management, energy- and environment-conscious choices, and appropriate capital improvement planning.

“To protect communities, we must consider two issues,” says Kohlmann. “One is that of having an emergency exit plan—and how quickly you can evacuate an area.  Many existing roads are now inadequate, and in the case of large fires, people can’t get out. No one thought this through when communities were built, and so this must be a major consideration for the future. The second issue is the ‘hardening’ of structures. This means we look at the flammability of our building materials, and change sidings or roofs to make them more fire resistant. Buildings burn because of embers falling onto the roofs or eaves. And these embers fly a half mile in front of a fire, spreading it so quickly it practically explodes.”

According to Philip Mahan, owner and president of Structural Technologies Inc. in Bloomingdale, Illinois, regular inspections and evaluations of building systems are needed as well. Among other things, these assessments should look for structural changes like new cracks in walls, or anything that’s moving or sagging. “The thing is that we are seeing this rising water table and heavier rains and melts,” he explains. “The footings are moving and there are big cracks appearing. We have to evaluate whether the building is at risk. Every potentially affected property needs ongoing evaluation, and must be prepared to address any issues immediately. If you wait 15 years it’s not recoverable—as was demonstrated through the tragedy [at the Champlain Towers condo] in Surfside, Florida. Boards must be proactive.  The most important step to take is regular monitoring of the physical plant and structure.”

Another major concern is reducing the environmental impact of residential buildings. Many cities are enacting laws mandating the reduction of individual carbon footprints through more efficient energy use. “Ironically, rising temperatures are increasing energy use,” says Varsalona. “Sadly, the impact is that you use more energy to combat the changes, which perpetuates the cycle. For example, steam-generated systems need more electricity—so we must come up with ways to update old systems and make them more efficient. We must start planning and retooling now, not only to achieve our climate goals, but also to not be penalized by the new laws.” Retreating from fossil fuels to more sustainable, renewable sources like solar energy is what’s needed—but it’s certainly not easy.

Edwin Suarez, president of New York-based Jomavi Contracting, observes that changes in approach are already underway. “In today’s construction, we are very mindful of climate change,” he says. “Everything from paint, to compound, to insulation and other materials have changed to fulfill a more eco-friendly green standard. Green building materials with low—or even no—embodied carbon are on the rise. These materials produce little to no carbon or other greenhouse gases, and are overall environmentally more beneficial. Many projects are now one hundred percent green. Architects are really stepping it up as well, in both how they plan a job and in adhering to new building requirements. They are taking climate change seriously.”

The Power of Now

In terms of maintaining and preparing our buildings for worsening conditions, the pros say it’s critical to put capital improvement plans in effect now. Zimmerman stresses that circumstances have changed. “Saltwater rots out power lines,” he says. “We might not see the effect in the short term, but over the long term, driving rain, hotter heat, and colder cold has a corrosive effect on all mechanical systems. We will see it in the deterioration of roofs, facades, and infrastructure happening that much sooner. We might have gotten 30 years from a roof before. Now we will get 20 or 25 years. It’s a harsher environment—and that has a very real effect on the built environment.” This reinforces how critical it is for communities to have an appropriate capital reserve plan in place.

“There should be some kind of best business practice, like guidelines for what kind of reserves must be maintained,” says Zimmerman, “required capital funds of a certain percentage of value of property, for instance, so that money is available for major capital expenditures. Boards should hire architects and engineers to explore their vulnerabilities—and as we learned from the Surfside condo collapse in Florida, reserve funds will become more and more critical. No board president wants to be faced with a report that says the property needs millions of dollars of work and they have $100 in the reserve account.”

Varsalona concurs. “You’ve got to do it now,” he says. “If you don’t start now, you will be caught late.”

Climate change is no longer an abstract concept to be debated based on what side of the political divide we find ourselves on. It’s real, and according to both the science and the practical advice of professionals working in the field, it’s past time to start acting, rather than reacting. At this point, an ounce of prevention is worth way more than a pound of cure. Start mitigating now.

A J Sidransky is a staff writer/reporter for CooperatorNews, and the author of several published novels. 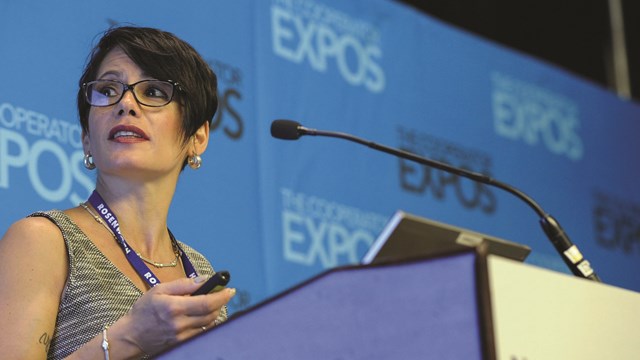 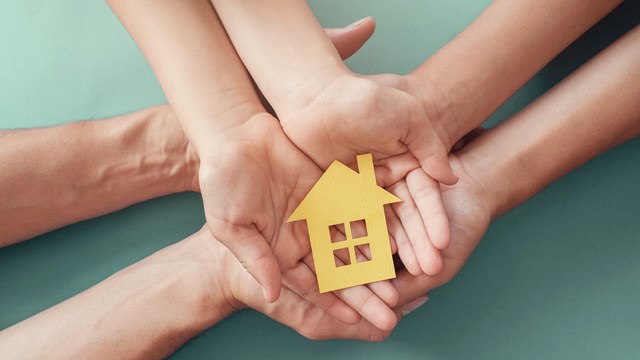